HVAC professionals in Nebraska are licensed at the local level with different cities having their own licensing requirements. Some cities have reciprocal licensing agreements with each other as well as with other states, such as Omaha. Not only does Omaha have reciprocity with Bellevue but it also recognizes other licensing exams from various states and waives its own exam requirements for individuals who either scored a high enough percentage on their initial exam or passed an exam which had a similar level of difficulty and content. HVAC licenses in Nebraska must be renewed each year and HVAC professionals who have either a journeyman or master level license must obtain a minimum of 4 hours of continuing education annually.

Different cities within Nebraska offer their own forms of licensure but typically there are licensing options available at the technician, journeyman and contractor levels. Some cities do not have work experience requirements in order for HVAC professionals to advance from the apprentice to master level of licensing and only require applicants to pass an exam to obtain licensure or become credentialed. Apprentices and journeyman typically become credentialed whereas contractors or self-employed technicians obtain licensure. Those who obtain licensure at the master mechanical contractor level are generally required to obtain liability insurance coverage of at least $500,000 as well as obtain a minimum of 8 hours of continuing education annually. Licenses for both technicians and contractors must be renewed each year. 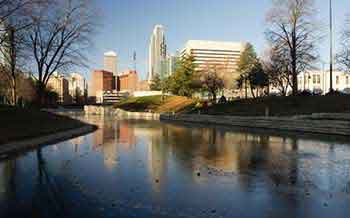 Click here and discover what online HVAC educational opportunities are a match for you!

The Environmental Protection Agency (EPA) requires all HVAC technicians that work with refrigerants to be certified. In order to obtain EPA certification, HVAC technicians in Nebraska must take an exam which has 80 multiple choice questions that must be completed within 3 hours. A score of 70% is required to pass the exam and the exam fee is $120.

The average salary for Nebraska HVAC technicians is around $44,000 per year with the top 10% of HVAC professionals earning over $73,000 per year. Cities with the highest annual salaries include Omaha, Lincoln, and Sioux City with salaries ranging from $48,800 to $91,100 per year.

Get HVAC Certified!
Find schools and get information on the program that’s right for you.
(It’s fast and free!)

Choose your area of study and receive free information about programs you are interested in. Private investigators are used by law firms, law enforcement, insurance companies, as well as individuals to conduct investigations to build criminal and civil cases. A degree related to criminal justice could benefit an aspiring private investigator greatly. Request information from multiple schools to find the best program and educational opportunity for you!

Continue »
CONNECT WITH HVAC SCHOOLS TODAY
Find schools and get information on the program that's right for you.
(It's fast and free!)

Connect with trade and technical schools that offer HVAC license and certification programs. Aspiring HVAC professionals are in high demand in every state with an expected 15% increase in job openings for HVAC professionals through 2026. There are many online programs that offer HVAC online degrees, diplomas, and certificates. Request information from multiple schools to find the best HVAC program and educational opportunity for you!

Recent
Jim Sloop
Design
Navigation
User-Experience/Performance
Information
Overall
I'm on my way to becoming a Colorado Park Ranger due to this site! Selecting a program was easy and painless!